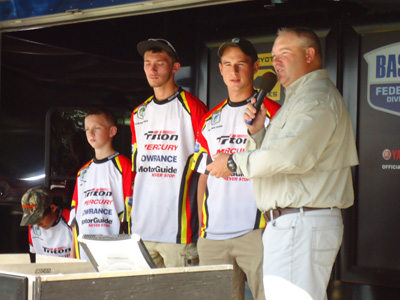 Congratulations to Johnny Duarte and Michael Nutter for competing in the Divisional on the Nanticoke River on September 10th.  Being a part of the adult State Team, each of them added weight to the team by weighing in fish.  Good job to both of you!

Johnny won the older age group with a limit of five fish weighing 7 lb. 10 oz., becoming a back to back two time Mid-Atlantic Champion and his second in a row trip to the Jr. World Championship.