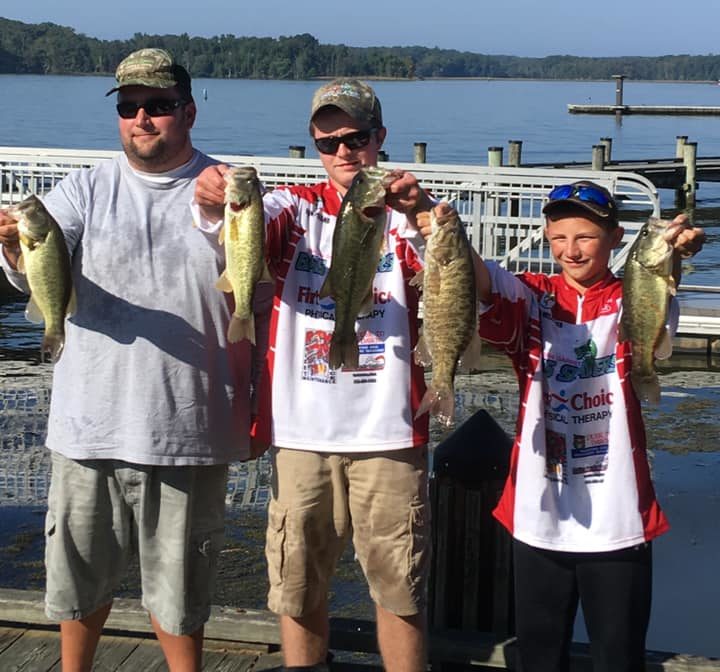 For the 5th year in a row the Southern Garrett Bass Slayers Fishing Team will be sending a team to The Bassmaster High School National Championship.   Dalton Perando & Jeremiah Mellinger along with Volunteer Boat Captain Hunter Louden will be representing Maryland at the 2020 Mossy Oak Bassmaster National High School Championship on Kentucky Lake. The Event kicks off on Monday August 5th with Official Registration, Tournament Briefing & Welcome Ceremony at Bethel University in McKenzie, Tennessee. The Team will then spend the next 2 days (Aug. 6-7th) practicing for the tournament that takes place August 8-10th.  The High School Teams will take off from Paris Landing State Park at 6:00 am and weigh in will take place each day at 2:00 pm. They will be competing on August 8th & 9th against hundreds of other High School Teams from across the United States & Canada for the Top 12 spots on the final Day, August 10th.

Team Advisor June McClosky gave a little of the team history and information about the sport of Bass Fishing “The Southern Garrett Bass Slayers Fishing team was formed in 2014 by Joe McClosky (now a Junior at Bethel University, McKenzie, TN and a member of the Bethel University College Fishing Team), his mom June McClosky & Bret Winegardner.  Since 2015 the team has sent  at least 1 team, sometimes 2 to the National Championship to represent Maryland.  The teams compete in pairs of 2 with an adult boat captain.  The Boat Captain/Coach drives the boat and is aloud to give instruction at certain designated times throughout the day.  The teams can weigh in up to 5 fish that must be at least 15″ long. At the end of the competition, the team with the most weight will win the tournament.  None of this would be possible without the Volunteer Boat Captains who volunteer their time & use of their boats to take the kids fishing.  Some of these volunteers have been parents, but most have been Adults who do not have kids on the team, but are members of local B.A.S.S. Nation Fishing Clubs.  These Men have been great Mentors to our team and we how much of the success of the Southern Garrett Bass Slayers to these Mentors.” Special thanks to all who have volunteered over the years!

“The B.A.S.S. High School Nation is helping to shape the future of the sport, one high school club at a time.  The High Schoolers enjoy competition & camaraderie, as well as education & conservation projects”.  Their are many opportunities now for High School Anglers to earn College Scholarships through Bass Fishing.  The College B.A.S.S. Nation is also open to local Community Colleges. For more information on High School or College Bass Fishing, visit www.bassmaster.com.