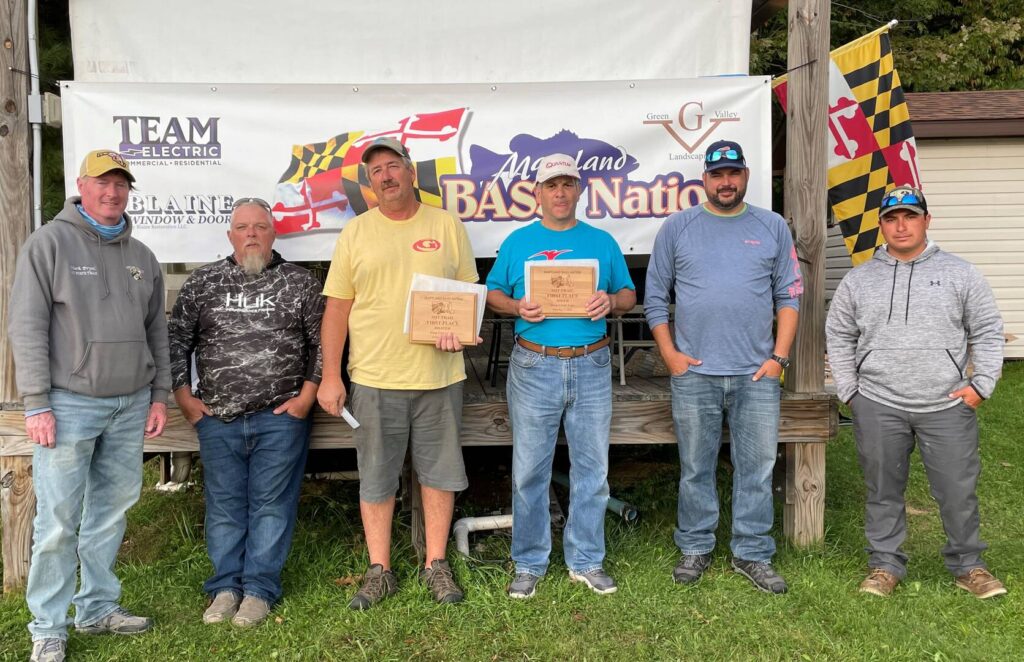 The final SQT Trail event took place at Deep Creek Lake on Saturday, October 2nd. The event was delayed that morning because of dense fog which changed the game plan for those fishing event.

Brian Trieschman won the boater side of the event with his best five weighing 11.62 pounds. Brian said he started the day in a cover targeting every dock around the entire cove. He only had one deeper fish in the boat after fishing the entire area of docks. He left that cove searching for fish at various other locations throughout the day. By afternoon, still with only one fish in the box, Brian returned to the cove he started at in the morning only to find that all the docks had been pulled out of the water during the time that he had left. Rather than leave, Brian pulled out away from the docks in that grass with little time left and came out with winning bag of fish.

Eric Swearengen Finished just ounces behind Brian on the boater side with 11.59 pounds for his efforts. Eric had all intentions of starting out throwing topwater baits but working docks with soft plastics but, the fog delay scraped his plans for the morning. Eric ended up catching all his fish working docks with soft plastics in the mid-lake area.

Michael Duarte finished in 3rd place with a five fish limit of 9.11 pounds. Unfortunately, I was unable to get any feedback from Michael about his day.

Brett Winegardner caught the biggest fish of the day on the boater side with a fish weighing 3.85 pounds.

Mark Pryal finished 2nd on the rider side with 7.2 lbs. for his efforts. Mark said he caught all his fish on a wacky rigged senko fishing shallow docks. All his fish were caught up under the dock or in the shade line right next to the dock except for one of his largest fish which was caught in some grass just out from the dock. Mark wanted to give a big thank you to his boater Mike Billie who was filling in as a substitute boater. He said his boater knew where to go to catch fish. After the long fog delay, Mark said it ended up being a great day for him at DCL because he caught way more fish than he usually does at DCL.

Scott took 3rd place with a total of 5.76 lbs. for his 3 fish limit of fish. He said his day started off quick with his first fish coming on a topwater bait at their first stop. They transitioned to the docks and he got his second keeper on a soft plastic bait in the first hour of the tournament. Most of the day he was pitching plastics to docks picking up short fish because the bite became tough. With an hour to go, He and his boater transitioned to points and with less than a half hour to fish, Scott was able to boat his 3rd keeper. Those 3 fish ended up being Scott’s limit for the day. He said he did not cull any fish throughout his day.